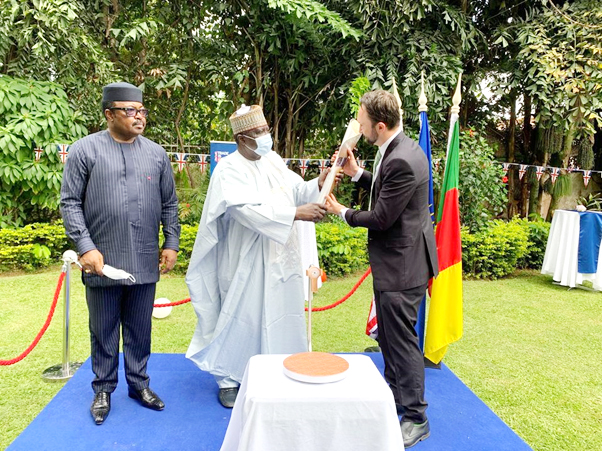 Britain, USA, Canada and Switzerland Embassies in Cameroon have condemned recent killing of persons, including children, and the use of EIDs in the Northwest and Southwest Regions.

Beside the condemnations, they have demanded concrete and genuine dialogue as a way out of the conflict that has been rocking English-speaking Regions of Cameroon for over five years now.

Unlike before, when they will issue different messages, this time around their messages were unique.

“Heads of Mission of High Commission of Canada to Cameroon, Ambassade de Suisse à Yaoundé (Embassy of Switzerland in Yaounde), UK High Commission in Cameroon, US Embassy Yaounde, condemn attacks against civilians in the Northwest and Southwest Regions – particularly children and students – using IEDs or live ammunition, as well as death threats against CSO leaders working to finding solutions to the crisis.” The UK Embassy in Cameroon wrote, reiterating “the need for a continued and broadened dialogue to bring stakeholders together and address root causes.”

This came barely days after a seven-year-old girl, Brandy Tataw, a pupil, was shot by a policeman while she was returning from school in Bamenda.

Before that, a bomb exploded in class in the University of Buea injuring at least 11 students.

These scenarios happened just barely a month that a gendarme officer, in Buea, killed five year-old Carolaise, a pupil, who was being driven to school in the morning.

All these acts which happened in less than a month have pushed international organisations and western countries to mount pressure on the Cameroon and the Non-State Actors to dialogue and find a way out.

The Anglophone War started as a crisis in October 2016 and later escalated into an armed conflict in 2017 after President Paul Biya declared war on those he called ‘secessionists’.