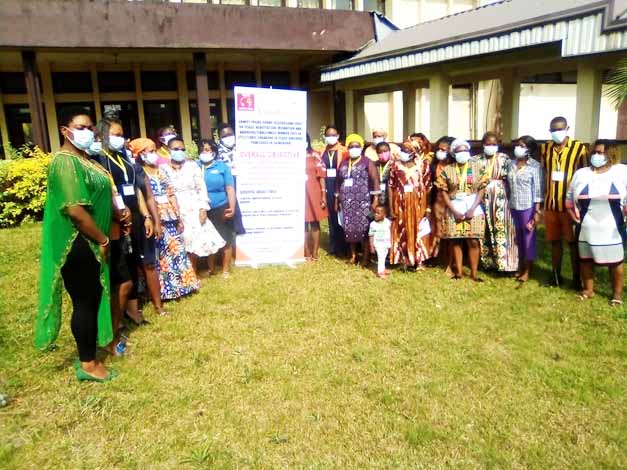 The Southwest, Northwest Women Taskforce, SNWOT,  recently rallied over 25 women in the Southwest region of Cameroon to discuss ways through which they can better negotiate, meditate and overcome challenges to effective peacebuilding in Cameroon.

This was during a one-day serminar held at the Pan African Institute of Development West Africa, PAID-WA, in Buea.

The serminar was a fallout from the Women’s National Peace Congress hled in Yaounde last year to discuss the ongoing Anglophone crisis.

Powered and sponsored by the Canadian government, SNWOT targeted 25 women leaders from all six divisions in the Southwest region. During the Seminar Women brought up the challenges they face in the struggle for peace in their homes, families and communities and were given strategic ways to solve these problems to ensure long-lasting peace.

Madam Sarah Lifanda, National Coordinator of SNWOT, explained that this was the second peace workshop they were holding out after the first peace convention in Yaounde, and such conferences help them to tailor a fixed base on what women are going through, boost their morals and teach them peacebuilding techniques.

Moreso, she explained that one of the setbacks that most of the women opened up about was the aspect of male dominance which is closely linked with most cultures in Cameroon. She however stated that SNWOT is not out to cause women to compete with men, but to help women compliment men’s work.

Madam Anna Ashu, a participant of the workshop, said that she will encourage all the women, especially in her community, to advocate for peace especially during the Anglophone crisis, given that women have been worse hit by the crisis.

Another woman leader, Juliana Yuven, said she was overjoyed with this initiative for women and believes it will help them to effectively communicate wherever they find themselves.

The workshop featured clustered discussions during which women were divided into groups where they redefined conflict, its sources and how the various conflicts in society can be prevented.

AFCON: Morocco Serene Ahead Of Quarter-Final Clash Against Egypt