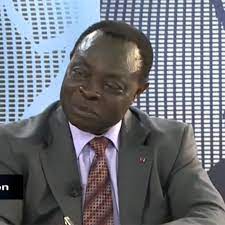 Dzongang made the assertions while speaking as special guest on the popular weekly programme, L’ARENE, over Canal 2 International in Douala, in the evening of Sunday, October 3.

Hon Albert Dzongang, who is currently Special Adviser to the National President of the Cameroon Renaissance Movement, CRM, Prof Maurice Kamto, says he is the oldest and most experienced politician in the leadership of the party.

It is worth recalling that it was at Dzongang’s Douala residence in late January, 2019 that CRM leader, Prof Maurice Kamto, was arrested together with Penda Ekoka (now of blessed memory) and Dzongang himself, for having participated in a peaceful protest march against what the party termed stolen victory at the 2018 presidential election.

The three personalities were whisked off to Yaounde where they and a number of other CRM officials and militants spent nine months in detention at the Kondengui Prison.

Dzongang revealed that, while at Kondengui, his bed was close to that of the incarcerated Ambazonian leader, Sisiku Julius Ayuk Tabe. Along the line, he said, they became friends.

Hon Dzongang recalled that, after French Cameroon gained independence from France in 1960, Southern Cameroons, which was under the British, gained its independence in 1961 by willingly voting to join their Francophone brothers in a unification that took place on October 1, 1961. This gave birth to the East (Francophone) and West (Anglophone) Cameroon.

Hon Dzongang explained that, after having been under British rule for several years, Anglophones had their way of doing things and were inclined to democracy and self-governance. He said their ways were different from those of East Cameroonians who had been under French rule, and were thus used to centralised government.

Dzongang said that was why, in discussing unification, Anglophones insisted on a Federal structure, and so the new country that was born from the unification of the two Cameroons on October 1, 1961, was the Federal Republic of Cameroon, based on the new Constitution that was adopted.

The veteran politician stressed that it was clearly stated in the 1961 Constitution of the Federal Republic of Cameroon, that the form of State was not to be changed.

Hon Dzongang recalled that, in 1972, the then President of the Federal Republic of Cameroon, Amadou Ahidjo, violated the 1961 Constitution by organising a controversial referendum that illegally ended the federation.

Dzongang added that the result of the controversial referendum was known even before the voting day, considering that the Francophones constituted 80 percent of the population of Cameroon, with Anglophones thus constituting only 20 percent of the population and so being a minority.  He said the regime also indulged in lots of intrigues and manipulations as regard the referendum. Dzongang argued that it was thus indisputable that the result of the 1972 referendum did not truly reflect the real position of the Anglophone people on the issue.  He said the referendum was thus organised in bad faith.

Hon Dzongang stated that, after controversially ending the federation and creating what was termed a unitary state, Anglophones were subjected to marginalisation as they became the minority in the union.  Unlike those who put culpability for the marginalisation of Anglophones only on the Francophone-dominated regime, Dzongang, on his part, was of the view that Francophones in general ought to share the blame. He opined that before the Anglophone Crisis sparked off in 2016, Francophones were behaving in different ways like colonial masters over Anglophones.

Inclusive Dialogue Is the Way Out

As to how to effectively end the Anglophone Crisis, Hon Dzongang insisted that only a genuine and inclusive dialogue can end the crisis. He dismissed the so-called Major National Dialogue that the Biya Government organised from September 30 – October 4, 2019 in Yaounde, saying it was a monologue, as all the participants were of one camp.

He said one cannot speak to himself and term that a dialogue. He said what happened in Yaounde in the name of a national dialogue to end the Anglophone Crisis, was rather an event attended by the CPDM Government and party, and their friends. Hon Dzongang further stressed that a dialogue to end the Anglophone Crisis, especially the ongoing armed conflict in the two Anglophone Regions between Government troops and Separatist fighters, must be inclusive. He said the two major camps in the dialogue have to be the Government side on the one hand, and the separatist camp on the other side.

The veteran politician said he is not surprised that the so-called Major National Dialogue has failed to end the war in the two Anglophone Regions.

Meanwhile, Hon Dzongang, who said he cannot support secession, however argued that, contrary to what some members of the Biya regime say, there is nothing bad in dialoguing with separatists. He said, to resolve or end a conflict, one has to dialogue with the opponent or enemy, and not instead with his friend or supporter.

On Government’s claim that they do not know whom to dialogue with, because of the division and bitterness between the separatist groups, Dzongang said the Government is not being serious.

Hon Albert Dzongang was initially of the Cameron National Union, CNU, that, in1985, turned into the Cameroon People’s Democratic Movement, CPDM. He was a mayor in Douala in the 80s. He also served as a CPDM parliamentarian from 1992 to 1997, before resigning from the CPDM and creating his own party, ‘La Dynamique’.

Hon Dzongang was a candidate at the 2011 presidential election. He emerged the 7th out of 23. Then, in 2018, he fused his party into Kamto’s CRM, and was designated to the post of Special Adviser to the National President of the party.

It would be recalled that Dzongang initially wanted to fuse his party into the SDF following discussions he had with the 1st Vice National Chairman of the party, Hon Joshua Osih. But the deal collapsed when a former SDF bigwig, Hon Joseph Mbah Ndam (now of blessed memory), insisted that he starts in the SDF from the base.

End This Senseless War And Stop The Ridiculousness