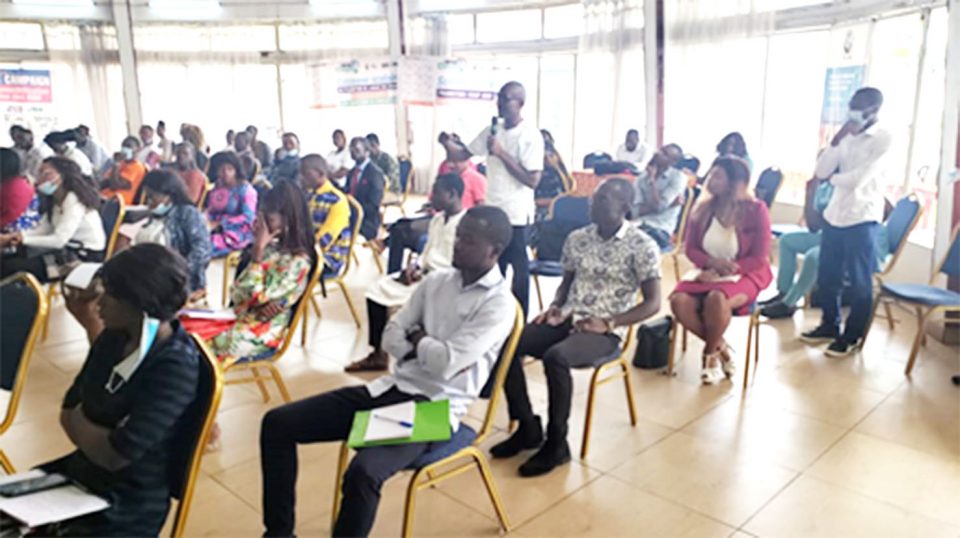 Cameroonian Commonwealth Climate Youth have been capacitated and their skills built in prelude to the 26th Conference of Parties, COP26, that will take place in Glasgow, London, from November 1 to 12, 2021.

In this context, the Young Volunteers for Environment, JVE Cameroon, organised a workshop called “Commonwealth Youth Climate Week,” on the theme; “On the road to COP26: Youth take ownership of the National Determined Contribution, NDC”, from October 19 to 20, at the Chamber of Commerce in Yaounde.

This activity is part of the 8th edition of its preparatory process of youth and media to the United Nations Climate Change Conferences, more specifically, in the perspective of the COP26.

“The aim of this meeting is to prepare young people and the media to participate in the United Nations Convention on Climate Change. It is to give them new skills on how and where the discussions are going on at the international level on the issue of climate change,” highlighted Blondel Silenou, founder and Coordinator of Young Volunteers for the Environment, JVE Cameroon.

The gathering also sought to ensure a follow-up on commitments and recommendations made by youth at previous international meetings to formulate new youth priorities for Cameroon’s NDC.

Ahmed Moumine, founder and Coordinator of Think Green, remarked that, with his movement, Think Green, they are “fighting plastic pollution and climate change as a whole. So, this event is an opportunity to get more information and prepare for COP26 in Glasgow and get experience, meet people who are into the struggle as we get to adapt with the climatic changes,” stated Moumine.

Hilari Dassi stressed that, for young people to understand what the National Determined Contribution and climate change are, what action is being taken to combat these global problems, it is important to understand what climate diplomacy is.

“In fact, climate diplomacy is the instrument by which solutions are adopted at the global level to be addressed at the national or local level. So, climate diplomacy is about how actors of different character, be it governmental actors, civil society, youth, get together and define international public policies that translate to the national level to address climate change issues,” explained Hilari Dassi.

Eighty-seven percent of young people aged 15 to 24, live in a context of underdevelopment. Given their growth and the challenges they face, along with young people around the world, the issues that affect them need to be addressed from a youth perspective and through meaningful participation in decision-making so that their voices are heard. To this end, the United Nations recognises the key role that youth play in addressing climate change and work closely with youth organisations.

Since 2008, the Secretariat of the United Nations Framework Convention on Climate Change, UNFCCC, has been coordinating the work of intergovernmental entities and numerous youth organisations, empowering young people to adapt to and mitigate climate change, while strengthening their participation in climate policy decision-making processes. The COPs are held annually and this is the 26th edition since the first one was held in 1995.

Cameroonians Encouraged To Voluntarily Donate Blood To Save Lives