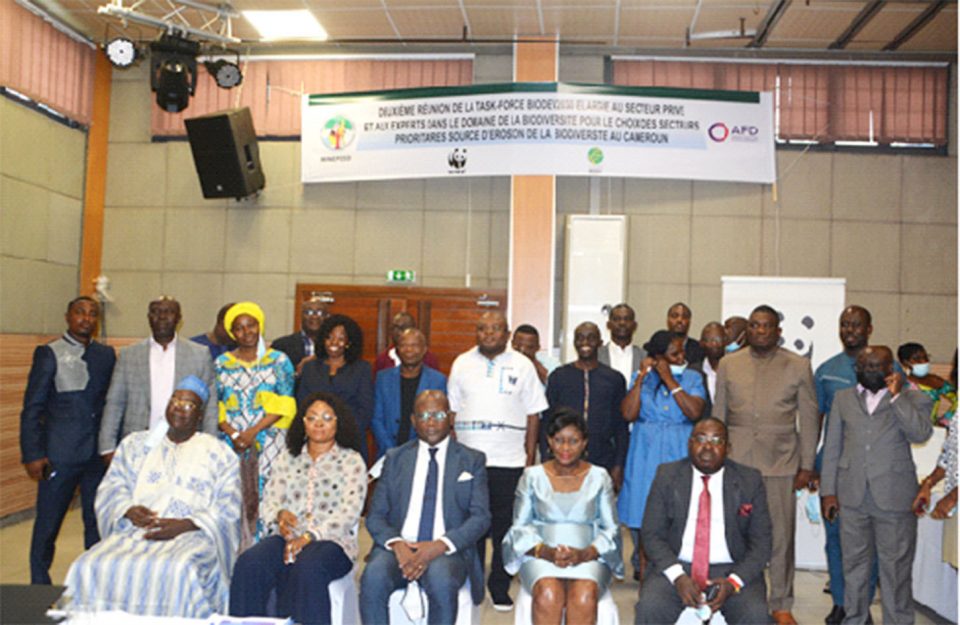 A study has found that the agro-pastoral and fisheries sub-sectors, particularly rural production and agro-industry and the infrastructure sector notably the construction of roads, dams, seaports and so on, are responsible for a greater loss of biodiversity in Cameroon.

The study which assessed the threat and prioritised sectors causing a huge impact on biodiversity in Cameroon was conducted within the framework of the BIODEV2030 project implemented by WWF Cameroon in partnership with the Ministry of Environment, Protection of Nature and Sustainable Development, MINEPDED.

The results of the study were presented during a working group meeting of the BIODEV2030 project held in Douala, Cameroon, October 6 to 7, 2021, by an international consultant, Dr. Leonard Usongo. Participants drawn from seven government ministries, representatives of civil society and the private sector, researchers and international experts, scrutinised the study report and agreed the aforementioned sectors must be urgently engaged to stop biodiversity loss in Cameroon.

Prof. Paul Tchawa, Secretary-General at MINEPDED and President of the BIODEV2030 working group, said, “after reviewing the report, rating and categorisation of the sectors, we now understand that the challenges and stakes are enormous.”

According to Prof. Armand William Malla, a lecturer and researcher, “We will need an integrated approach to bring the two sectors together. Agriculture is in the productive sector, while infrastructure enables other sectors to grow. Actors in these sectors must work in synergy to effectively reduce biodiversity loss”.

For his part, Hon. Louis Roger Essola, head of CEFDHAC, a civil society organisation, said “a change of attitude of all the actors, especially decision-makers, youths and the civil society is needed to reverse the trends of biodiversity loss in Cameroon.”

An in-depth diagnostic study of the two sectors will be conducted in the months ahead to analyse the situation of each sector at the national level, identify the options, opportunities and challenges for future commitments of economic actors in favour of biodiversity protection. The findings of the study will help provide input for discussions during a multi-stakeholder dialogue phase to co-develop common commitments and an action plan to reduce pressure on biodiversity in Cameroon.

A BIODEV2030 project is an experimental approach implemented in 16 pilot countries, including nine countries in Africa. Financed by the French Development Agency, AFD, BIODEV2030 supports governments to identify and initiate, together with the private sector and civil society, profound changes in sectors that have a strategic impact on the country’s development and biodiversity.