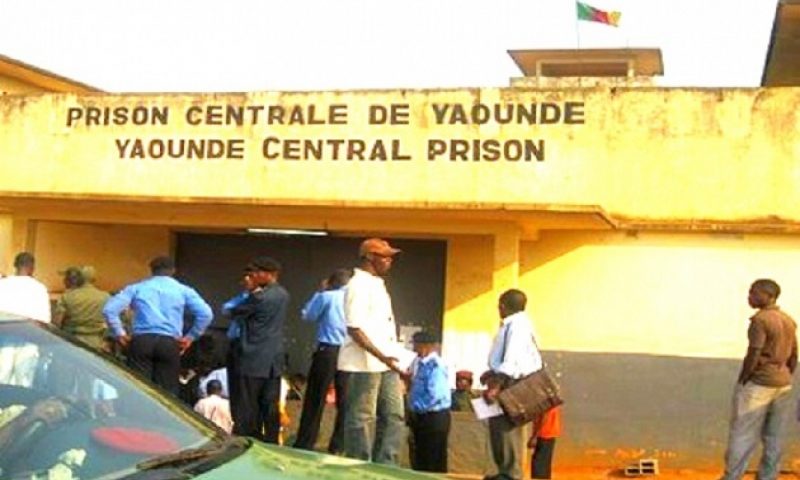 Another attempt by the state prosecutor to foist defence lawyers on Anglophone detainees awaiting trial at the Yaounde Kondengui Central and Maximum Security Prisons has reportedly met a stonewall, again.

The detainees languishing in pre-trial detention were dominantly arrested in the Southwest and Northwest within the context of the ongoing socio-political crisis raging in the two English-speaking regions.

The team of lawyers defending Sisiku Julius Ayuk Tabe and other English-speaking detainees had stormed out of a court session on November 15, 2021, and forthwith, suspended their appearances in the Yaounde military tribunal over what they had termed “gross abuses of rights of clients and their counsel.”

The Media and Communication Chairman of the defence team, Barrister Nico Amungwa Tanyi, alongside Barrister Emmanuel Ndenkeh Pekum had told reporters at a press conference on November 16, 2021, in Yaounde that the move was triggered by the continuous absence of Hamlet Acheshit Ayuniseh and John Fonge before the military tribunal.

They had declared that, since their clients were tricked out of the Yaounde Kondengui Central Prison to the underground cell (bunker) by gendarmes of the Service Central des Recherches Judiciares, SCRJ, without due process, they have been absent from the court sessions whereas they have been in detention awaiting trial for about five years now.

The Post gathered that the two who were taken out of prison alongside Tita Tebid have never been brought to court, reason why the defence team of lawyers suspended appearances at the Yaounde Military Tribunal to push for a resolution of the matter.

The Post gathered that, ever since the team of lawyers defending the Anglophone detainees stopped appearing at the Yaounde Military Tribunal, court sessions have more or less been paralysed. One of the prosecuting lawyers in the case confirmed to these reporters at the court premises on May 4, 2022, that they are in a dilemma.

It was hinted that, to bypass the striking defence lawyers, the state prosecutor wrote to the Cameroon Bar asking them to provide a new team of lawyers to defend the Anglophone detainees. The move is reportedly yielding no fruits as The Post was told that the legal department at the behest of the hierarchy of the court, last week, dispatched a delegation of two to the Kondengui prison in an attempt to convince the detainees to accept a new set of lawyers that would continue defending them at the military tribunal.

When The Post quickly spoke to some of the detainees who were brought to court in a truck that May 4, 2022, the detainees who all remained in the truck and were later driven back to the prison, admitted that they were confronted by two emissaries from the legal department who came to convince them to admit new lawyers being imposed on them.

The detainees, who said they were asked to come back to court on June 1st 2022, in a chorus, told The Post that they are standing by the defence team with whom they have been working for the past five to six years. They said they are yet to figure out why the hierarchy of the court wants to force new lawyers who certainly don’t master the crux of the case on them instead of resolving the issues that prompted the defence team to suspend appearances at the military tribunal.

One of them said the court hierarchy is a party in the matter and suspected that they are looking for ways to simply distribute jail terms to them in the absence of the defence team of lawyers. He cited the example of 2019, when Sisiku Ayuk Tabe and the Nera 10 were still sentenced even after the lawyers had withdrawn.

Meanwhile, another lawyer explained to The Post that suspects in a case have the right to choose their counsel, and observed that the matter concerning the Anglophone detainees is felony because almost all of them are being accused of acts of terrorism, treason, secession, insurrection and so on, that attracts life jail or death sentence. He said, as such, the state prosecutor cannot be asking the detainees to denounce their lawyers and accept a new defence team they want to provide. He, however, said only a judge can determine, through a court ruling, whether a detainee needs to be provided a lawyer or not.

On whether the state provided lawyers when the detainees were detained and interrogated in police and gendarmerie stations or by examining magistrates before being doomed to await trial in the prisons, the lawyer said he could not answer with certainty but said, from some of the declarations read in the courts and attributed to the detainees, a majority of them were not provided legal counseling at that material stage of their cases.