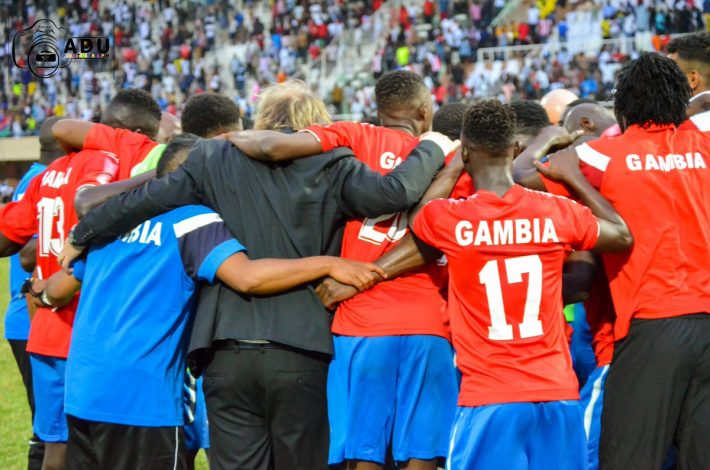 In the group stages of the Africa Cup of Nations, AFCON, in Cameroon, we have seen the unexpected rise of a few Countries while some of the usual big guns have failed to replicate their standards.

So far, this edition has been one full of uncertainties and a lot of unpredictable outcomes of games unlike what observers predicted.

Minnows like Comoros, Gambia, Sudan and Sierra Leone amongst others have shown character by spoiling the parties of some of the big names in the continent. It’s as if they have finally found their old mojo as the competition goes on.

The Nzalan Nacional created one of the biggest upsets in this edition when they stunned a star-studded Algerian side 1-0 to carry the day. The Algerians came into the game with an unbeaten record of 35 games and many bookmakers thought it will be an easy ride for them.  However, the game took a twist at the 70th minute when Esteban Obiang slotted it in to score the lone goal in the encounter.

This ended current AFCON holder’s four years without a defeat suffered. They suffered a 0-1 defeat in the hands of Ivory Coast despite putting on a convincing performance. This is their third AFCON since making their debut in 2012. In the last editions, they have qualified for the knockout phase. They are on the verge of doing so should they record a draw or win against Sierra Leone.

Returning to the competition after making their last appearance in 1996, the Leone Stars are unbeaten after two games. They have recorded shocking results against some of the continent’s powerhouses in football. They recorded a 0-0 draw against Algeria and a 2-2 against Ivory Coast.

The country that is making their third AFCON appearance since making their debut in 1994 will need to win Equatorial Guinea to make history. They have never crossed the group stage and the last time they won an AFCON final game was back in 1996 when they edged Burkina Faso 2-1. That was on January 15, 1996, at Free State Stadium, Bloemfontein. The 26 years of absence from AFCON has been iced with superb moments for the Leone Stars.

This is the first time the Scorpions of Gambia are playing the AFCON. They made a great debut when they edged Mauritania 1-0 in their Group F opener.  In an interview, Scorpions Coach, Tom Saintfiet, said they were in Cameroon to write more history in football and not for sight-seeing. A tactical performance from the Gambians saw them pulling a 1-1 tie against Mali. A draw on the last day of play for the minnows against Tunisia and a defeat suffered by Mali could see Gambia ending as group leaders.

AFCON debutants, Comoros, shocked the world when they stunned Ghana 3-2 in their last Group C game at the Roumdé Adjia Stadium, Garoua. Despite playing in the competition for the first time, two previous defeats from Gabon (0-1) and Morocco (0-2), they ended their group stage game on a high as they sent Ghana home while they hope to be amongst the best losers.

Since 1984 when the Flames of Malawi made their debut in the AFCON, they recorded a new feat as they recorded their first four points in AFCON. This was so special as they held Africa’s top spot team Senegal in a goalless draw and are now hoping to play their first knockout game. In the previous editions, Malawi has always ended at the bottom of the group.

However, the draw against the Terenga Lions has seen them occupying the third spot with four points. They are also hoping to be amongst the four best losers so they could feature in the knockout phase.

The Zimbabwe Vs Guinea encounter at the Ahmadou Ahidjo Stadium, Yaounde, saw Rwandan female referee, Salima Mukansanga, becoming the first lady to officiate an AFCON game. The 35-year-old centre referee had her baptism of fire in the continent’s biggest football jamboree.

Egypt Vs Sudan, A Crucial Derby For Both Teams