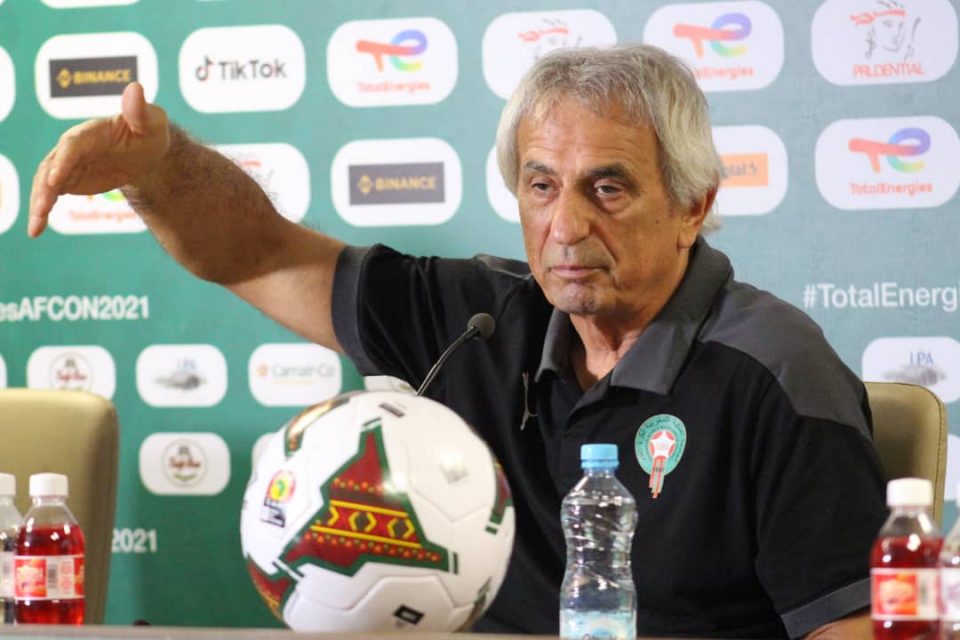 The head coach of the Atlas Lions of Morocco has said the team atmosphere in the team is calm as they look forward to facing Egypt in one of the highly awaited quarter-final matches in Yaounde on January 30.

Speaking at a pre-match press conference, Vahid Halilhodzic said, even though it is going to be a big game, the Moroccan team is available to change things.

Given that Egypt is a well organised team, they are going to work hard and will not simplify the match.

“The two teams know themselves well but we are going to work hard in taking the victory. It’s going to be a match of tactics and we have to score when there is an opportunity,” the coach said.

“Two of our players will not be part of the match tomorrow because of COVID but we have been here doing fine. We are having our launch and everything is fine in Cameroon,” he added.

To Soufiane Boufal who accompanied the coach, “…it’s going to be a big match just as the coach has said but I’m optimistic. I will give in my best but so far, we are not scared of any team. We are confident of our quality and mentally strong to go far.”

Morocco confront Egypt in one of the quarter-final matches scheduled to take place at the  Ahmadou Ahidjo’ Stadium on January 30.

Fear Looms Over Possible Annulment Of FECAFOOT Elections By TAS