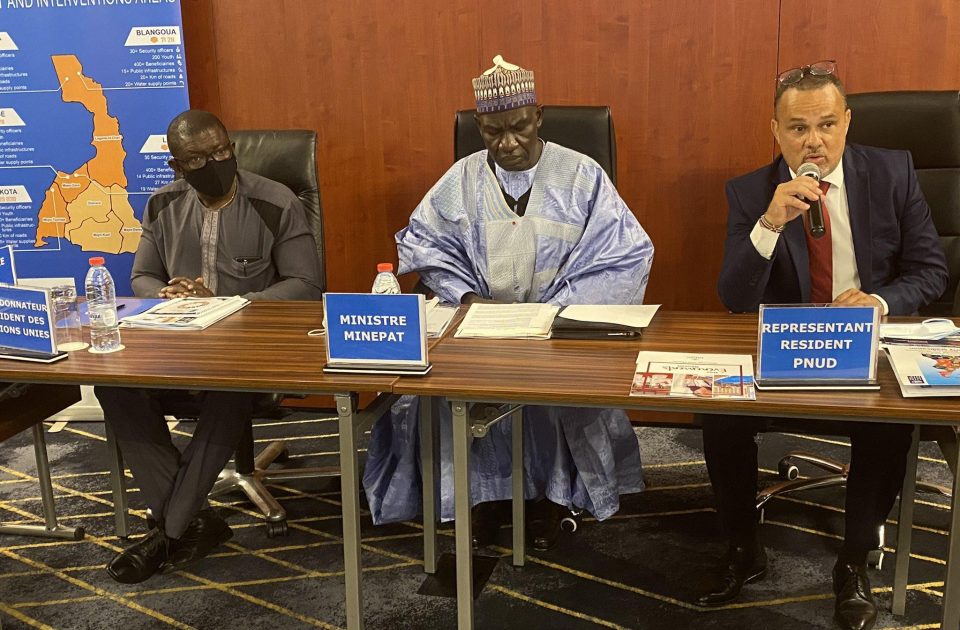 The government of Cameroon alongside its technical and financial partners have praised the successes recorded during the first phase of the implementation of the regional stabilisation facility of the Lake Chad Basin in Cameroon.

The Board meeting has congratulated the United Nations Development Programme, UNDP, for the remarkable results archived, as they promised to support in bolstering the stabilisation programme in the Far North Region.

The successes were presented during the second meeting of the National Board on May 26, in Yaounde. The semi-virtual meeting held under the patronage of the Ministry of the Economy, Planning and Regional Development, MINEPAT.

The regional stabilisation facility aims at implementing the right environment to rebuild hope in the North and Far North regions of Cameroon given the distortions caused by the Boko Haram insurgencies. This, thus, began with the reconstruction of administrative facilities, training of those involved in population protection. The programme is geared towards bringing back economic life in the said localities.

“It is a success I should say. We started this journey with a budget of USD 18.7 million. We have been able to mobilize more than 90% of this budget and it has led to the implementation of different activities in localities like Moscuta, Amchide, Limani, Waza, all these localities are in the Mayo-Sanaga Division, Mayo-Sava Division as well as in the Logon and Shari Division,” praised Alamine Ousmane Mey, President of the said project.

The project, however, brought security via stabilisation and in collaboration defence and security forces and multi-national force. Based on three main pillars, UNDP Resident Representative, Jean Luc Stalon said, they had to be back security to lessen the vulnerability of the population, revitalise the local economy, and ensure the implementation of basic services.

To him, the project led to the reopening of the Cameroon-Nigeria hallway through Amchide and Banki, and has boost local trade between Cameroonians and their peers from neighbouring Nigeria. “This hallway is important for the passage of livestock coming notably from Chad and finds a market in Nigeria. This is a tangible example of what the Stabilisation does.”

Following the impressive successes recorded during phase one of the regional stabilisation facility of the Lake Chad Basin – Cameroon Window, international partners, Britain, France, Germany among others have reiterated their support to the government of Cameroon to make this project move in the same lane.

Thus, Cameroon is pleased to see that her partners have joined hands towards implementing the second phase of the programme.

Ahead Of COP26: Cameroon Revises Document, About FCFA 30,000Bn Needed For Climate Change