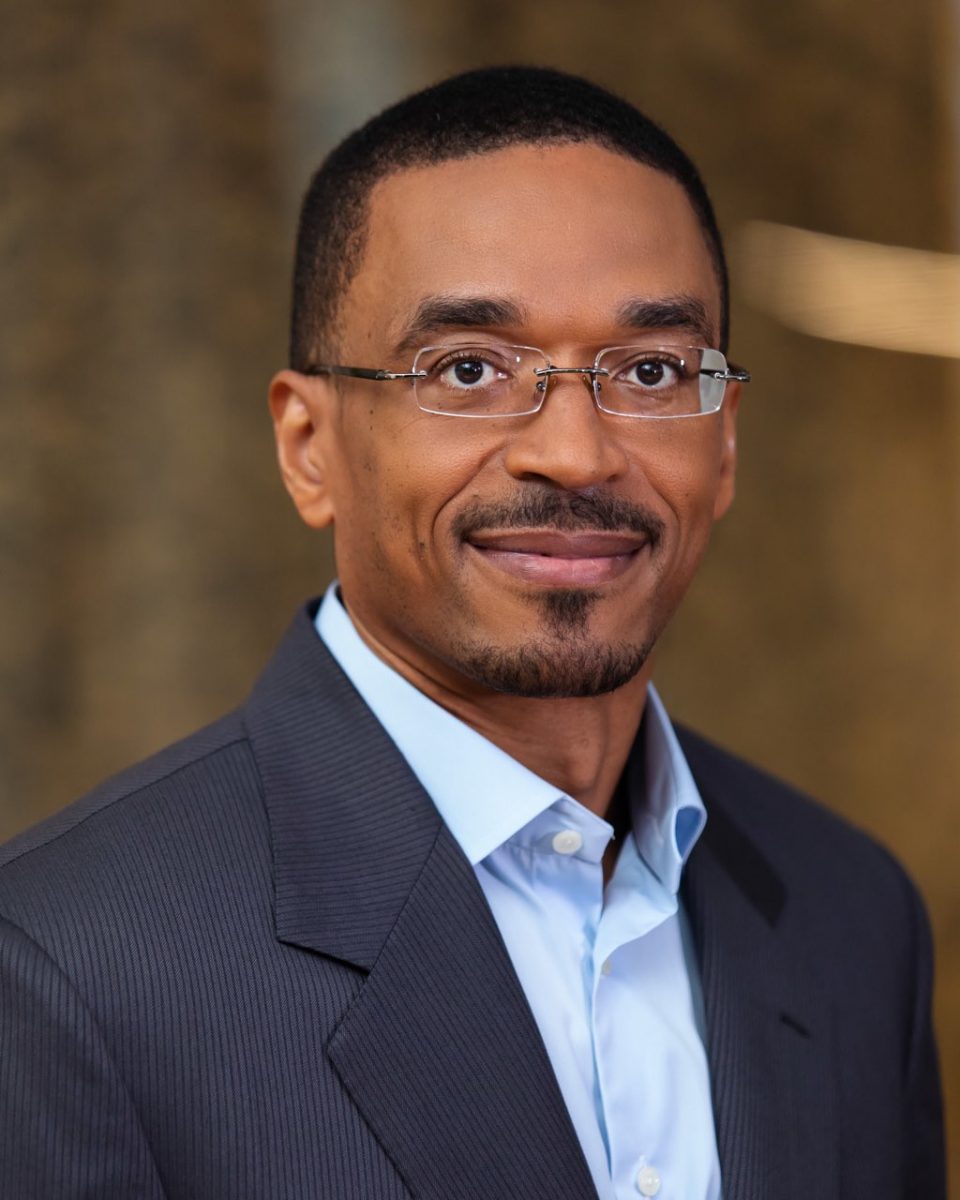 Many Cameroonians have, for some years now, been worried about the nightmare of a possibility that the Biyas, or some big shots of the regime, might try to seek the creation of a dynasty in the country.

They are worried that some regime apologists seeking for the creation of a family dynasty might do so by manipulating Frank Emmanuel Biya, the first son of the 39-year-serving President of the Republic, Paul Biya, to be the one to replace his father who, at the age of 88 today, is most probably in his last mandate as Head of State.

This has been the trend in some African nations since 2005, with the emergence of family dynasties in power in an increasing number of Francophone countries.

The issue of Frank Biya becoming President, which has gradually become one of the debate topics in Cameroon politics, has greatly intensified in the last few weeks. There is no doubt that this follows what happened in Chad on April 20, 2021, when 37-year-old General Mahamat Derby Itno, alias Kaka, replaced his late father Marechal Idriss Derby Itno, who was the President of neighbouring Chad for 31 years. President Idriss Derby Itno allegedly died from serious injuries he sustained at the warfront in the war between Government troops and a Chadian rebel group known by the acronym, FACT.

The Emergence Of The ‘Franckistes’

Last month (April 2021),  a movement emerged in Cameroon calling itself, ‘Mouvement Citoyen des Franckistes pour la Paix et L’Unite du  Cameroun’,  MCFPUC, loosely translated as:“Citizens Movement of Franckistes (supporters of Frank Biya) for Peace and Unity in Cameroon.” The mission of the movement is to lobby Frank Biya to be a candidate at the next Presidential election and to also support or campaign for him at the elections.

The movement, that has come to be known simply as Franckistes, spells Frank as Franck. The movement also refers to Frank Emmanuel Biya as FED. The person who has, so far, been appearing in public as the National Coordinator of MCFPUC is Alain Fidele Owona, and, so far, members of the movement that have shown their faces to the public are almost all youths.

The movement that has been presenting Frank Biya who was born on August 21, 1971, in Yaounde as the only Messiah for Cameroon after his father leaves power, says the election of Frank Biya as the next President of Cameroon will be the veritable guarantor of a peaceful generational transition of power in Cameroon.

Moves To Have MCFPUC Legalised

The MCFPUC, which in the last few weeks after its creation, has been communicating mainly on social media, made its first appearance in the traditional media on Sunday, May 2. This was in a political debate on  STV  in Douala, and the movement was represented by its Chief Communication Officer, Jean Marie Anaba, who is a journalist by profession.

The Communication Officer of MCFPUC disclosed, during the TV  programme, that the movement has submitted its file at the Ministry of Territorial Administration for it to be legalised and that they are anxiously looking forward to seeing Minister Paul Atanga Nji legalise their movement.

As for the statutes of  MCFPUC, the Communication Officer said it was included in the file deposited at the Ministry of Territorial Administration. He explained that MCFPUC is being registered as a political movement and not as a political party, which means that the movement cannot send in a candidate at the Presidential election or any other election.

The National President of the NMP party, Banda Kani,  who was a member of the panel on the political debate on STV, said he was rather surprised because the story, over the years, that Cameroonians were getting, was that Frank Biya was not interested in politics and that his only interest was business. He said he is not against Frank Biya, but said it was necessary for him to publicly clear the air on the issue, by clearly stating his position as per the creation of MCFPUC or the emergence of the Franckistes.

Banda Kani, who was a member of the group known as G20 that supported the candidature of incumbent Paul Biya at the 2018 Presidential election, recalled that, when the group was created, Paul Biya formally recognised the existence of the group.

Meantime, the Minister of Labour and Social Security, Grégoire Owona, was a guest on the weekly programme, Actualites Hebdo, on Sunday, May 2, 2021. This was concerning the fact that Saturday, May 1, was International Labour Day.

But considering that Grégoire Owona is also the Deputy Secretary-General of the ruling CPDM, he was, along the line, asked some questions in that capacity.

The journalist also asked the Deputy Secretary-General of the CPDM if he has heard about the Franckistes, and what his reaction was. Gregoire Owona who, from all indications, did not expect that issue to come up, hesitated on what to say.

The journalist went on to tell Minister Owona that, as somebody that is known to frequent social media, he would, at least, have seen something about the Franckistes.

Minister Owona then admitted that he has seen something about the Franckistes on social media. But even then, he evaded getting into the issue of the creation of MCFPUC, under the pretext that he had seen it only on social media and so he considers it a rumour. He insisted that he would not comment on what he claimed was a rumour.

Minister Owona said he knows Frank Biya as the son of the President of the Republic. He added that Frank is a mature person and that anybody interested in knowing something about him, can contact him.

There is no question that many Cameroonians have been boiling with anger over the thought that a family dynasty could be installed at Cameroon’s Presidency, with President Biya eventually passing over power to his son, Frank, after a fake Presidential election. Many Cameroonians have been swearing on social media that, though such a family dynasty has been installed at the  Presidency of neighbouring Gabon, and also now in neighbouring Chad, it can not happen in Cameroon.

In a recent post that went viral on social media, for example, a well-known veteran journalist and former newspaper publisher, Benjamin Azebaze, who today is into other businesses, vowed that Frank Biya can never become President of Cameroon.

Some people, nevertheless, argue that, though the anger of many Cameroonians on the issue can be understood, there is no law anywhere in the world, which prohibits the child of a former President or the son of an outgoing President, from being a candidate in a Presidential election, or from becoming the President of the country, simply because his father was President or is the outgoing President.

As one of the officials of MCFPUC, Dr Alain N’kwilang, rightly argued in a recent post on social media, Frank Biya, like all Cameroonian citizens, has the civic and political rights to be a candidate in a Presidential election or whatever election in the county.

One of the things that Cameroonians can legally do to stop the institution of the Biya dynasty in power in this country, if at all there is such a plan, is for Cameroonians to strongly appeal to the conscience of Frank Biya.

President Biya, who was handed over power by President Ahmadou Ahidjo on November 6, 1982, has been in power today for over 38 years. The next Presidential election in Cameroon is expected in 2025, except there is an early election. By 2025, President Biya, who is now 88 years old, will be over 90 years and would have been in power for over 40 years. Moreso, even before becoming Head of State, Paul Biya was Prime Minister.

What is certain or the best way for Cameroonians to stop Frank Biya from eventually taking over from his father as Head of State, if at all he has plans to run in the next Presidential election, will be to heavily mobilise and beat him at the polls.

First of all, this means that Cameroonians have to massively mobilise to fight to ensure that the country has a good Electoral Code. That is a Consensual Electoral Code that can guarantee the holding of free, fair and transparent elections in the country.

There is no doubt that the current Electoral Code in Cameroon was designed to ensure the victory of the candidate of the ruling CPDM, at the Presidential election. There is also no doubt that the present elections organising body, ELECAM, as well as the Constitutional Council, are not credible because of the partisanship of all or almost all the members.

Cameroonians should, at the same time as fighting for a Consensual Electoral Code, also massively register their names in the voter’s register.

The last stage will be for Cameroonians to massively go out to the polls on voting day to cast their votes, and as well defend their votes.

But if Cameroonians continue to only make noise, rather than effectively fight for a genuine electoral reform or a Consensus Electoral Code, and if they do not also insist on a credible ELECAM and Constitutional Council, what has always been happening at Presidential elections in this country, will again certainly happen at the next election.

And if Frank Biya is a candidate at that next Presidential election, there is no doubt that he will be the one to take over from his father, the office of President of the Republic. So would the Biya family dynasty be officially installed in power or at the Presidency, in Cameroon.