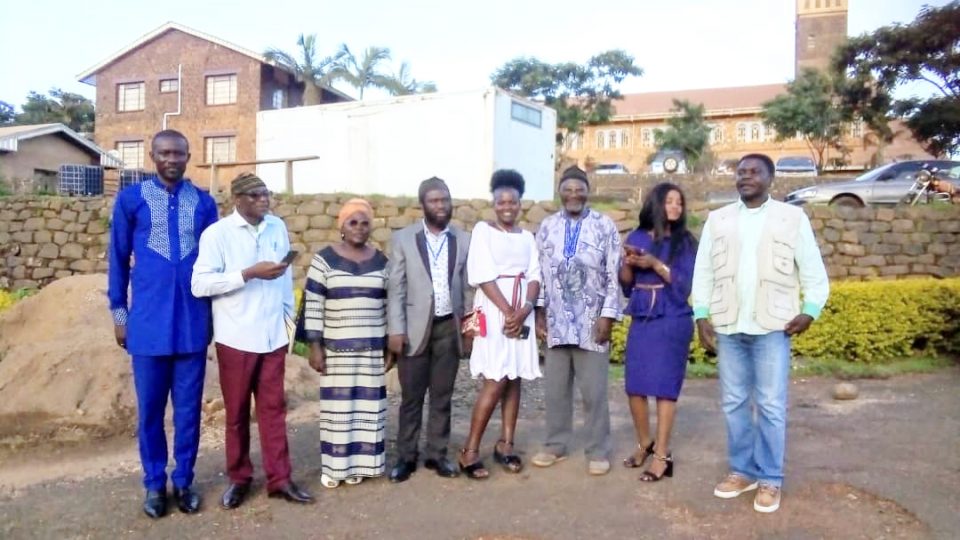 Journalists in Kumbo pose for a family picture

A new association of journalists has been created in Kumbo to help coordinate press men and women in that part of the country.

The association was created on May 3 during celebrations marking the 2022 World Press Freedom Day. Amos Wirngo was elected as its Coordinator, while Hidrudel Nfor and Henrietta Nyuykighan were elected as Secretary-General and Treasurer, respectively.

However, before celebrations of the 2022 World Press Freedom Day, journalists in Kumbo were urged to be courageous, firm, and respect the ethics of the profession while exercising their duties.

The call was made on May 1, in prelude to the celebrations of World Press Freedom Day by Rev. Moses Nchotu, Bui Presbytery Secretary.

Speaking during a thanksgiving service in Kumbo, Rev. Nchotu drew inspiration from the book of Acts 20 likening journalists to Apostle Paul, whose interest was to serve the people with humility and love.

“To have what is good for your life, have courage. Many of your colleagues have refused to work in Kumbo because they think that Kumbo is the end of the road. People in Kumbo are dead-living individuals. Be courageous as you inform, educate and entertain God’s people,” Rev. Nchotu said.

In the meantime, the church administration appreciated journalists for choosing to celebrate with them and to raise funds to advance God’s kingdom here on earth. The funds raised were directed to the realisation of a security fence for the Church.

Celebrating the 20202 World Press Freedom Day under the theme, “Journalism Under Digital Siege,” Pressmen and women in Kumbo were drilled on how technological advancement can make or mar the profession.

They were also drilled on how to write good reports and the stakes and challenges of reporting in times of crisis. According to Barrister. Joseph Shuye, Proprietor of Radio Helenkris in Kumbo, journalists are supposed to say only that which is true and helpful. “If it is true and not helpful, kill it.”

Sheey Mawo Maurice, on his part, revealed that social media has brought in many quacks, who have endangered the profession’s dignity.

France Is Not Responsible For The Sufferings Of Africa – French Ambassador