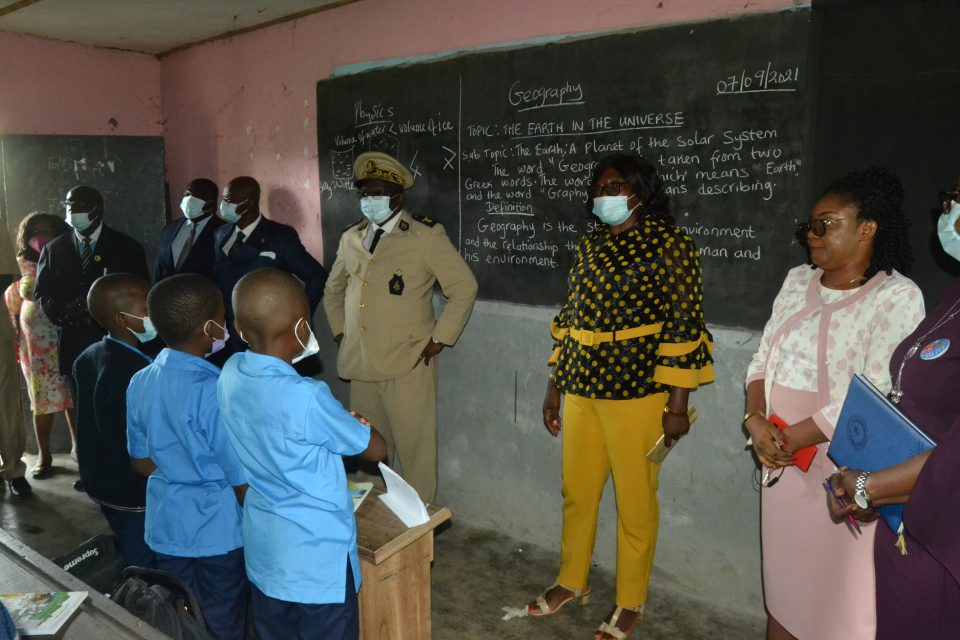 As the 2021-22 school year kicked off on September 6 in Cameroon, parents in the Southwest Region are accompanying their children to school and picking them up in order to ensure their safety.

In visits to some institutions, The Post could ascertain the increasing steam towards school resumption in the regional capital, Buea. In our tour, we met Philip Atemkeng, Vice Principal of BGS Molyko who expressed dissatisfaction with the number of students who showed up in school, as against the expected number envisaged.

He said about 2,700 students were present on campus while they were expecting a population of about 4000 students.

In some primary and nursery schools, like one operating at the lower level of the Catholic University Institute of Buea, CUIB, pupils, especially the new comers and starters, animating the campus with cries. While some were crying, others could be seen laughing, shouting while teachers were making efforts to put them in order.

The Head Mistress, Annegret Ayuk Enow, said the crying was normal, and that it was expected.

“The enrollment is quite amazing and special attention has been given to internally displaced persons for them to pay their fees in installments,” she said.

Samson Yerimah Tatah, Vice Principal of Summerset Bilingual College, said the academic year in his school started off well, as they registered the presence of about 400 students and over 27 teachers. He said a special consideration has been made for the internally displaced students who will pay their fees at their pace, unlike other students who will pay on the spot.

Talking to The Post, Kuma Wadrigan, a Lower Sixth student of GTHS Molyo- Buea, said she is excited starting her academic year in newly constructed building provided to them in order to escape from the volume of noise they had in the previous classroom housing them.

Many students were also exited to meet new friends and reconnect with old ones.

Southwest Governor, Bernard Okalia Bilai, accompanied by other administrators, made a tour to some schools in Fako Division, encouraging students who turned up for classes. They also congratulated those who succeeded in their end-of-course examinations.

During the tour, some didactic school materials were handed to the school administrators by Hon. Zacheus Bakoma Elango, Southwest Regional Council President.

Bread, A Special Delicacy In Yaounde

Traceability Norms In Exploitation, Sale Of Diamonds Not Respected In Cameroon – Report